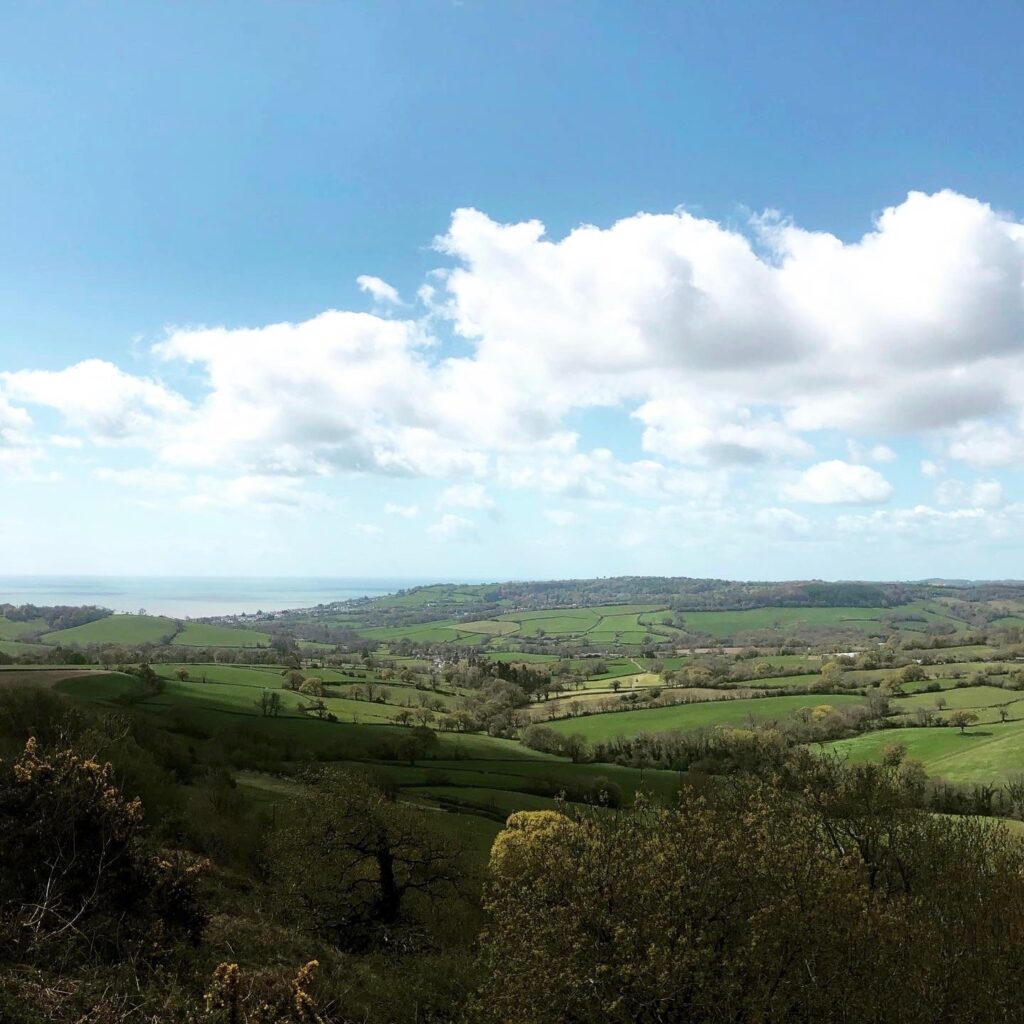 Here are some of our own personal choices and recommendations… 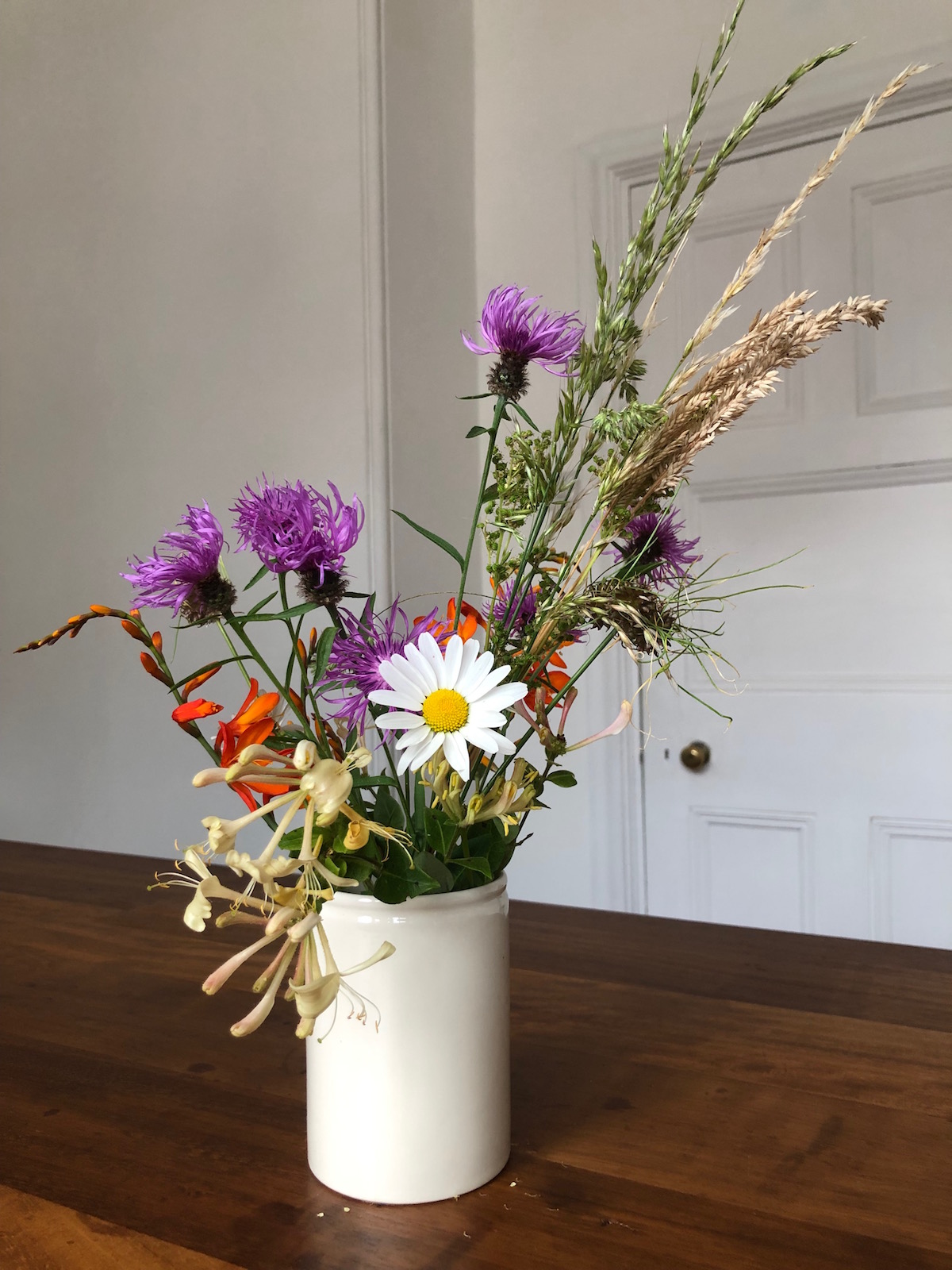 Before you get here, why not order an organic vegetable box delivered each Friday by our neighbours at Springtail Farm? Their fresh organic locally grown vegetables are fantastic, and you can choose a big box or go a la carte.

In the village a tiny hut with an honesty box is kept supplied with seasonal organic vegetables (and a healing herbal salve to be recommended).

Charmouth has a very good fish and chip shop, a bakery and a small Co-op supermarket, not to mention Morgan’s, where you can buy almost anything from notepads to beach balls.

Just up the road at Morcombelake you’ll find Felicity’s Farm Shop. Felicity – formerly chief midwife at Dorchester Hospital – has filled it with delicious things, including all the groceries (rice, lentils etc) you’ll need, fresh lamb, pork and beef from local farms, milk, eggs and all the rest. She also sells my mother’s cookbook, The Country Kitchen, wonderful local rare breed pork raised by her brother, as well as really good meat, cheese, and everything else – vegetables, bread, tea, milk, beer, dried beans…

Later in the week, Mark Hix has a fish van in Felicity’s car park, and the organic Baboo ice cream truck and a pizza van roll up daily. The car park itself has some of the best views in Dorset!

For fresh fish, Mark at Macsorson’s will sort you out either at Bridport market (Wednesday and Saturday) or in Axminster (market on Thursday). His number is 07711 756575. Down on the Cobb in Lyme, the tiny but well-stocked Wet Fish Shop is very good: call them on 01297 444205.

The nearest butcher is Lyme Regis Butchers, with a shop on Broad St, tel: 01297 445000. The oldest continuously operating business in Britain is the family butcher’s shop RJ Balson in Bridport. After running it for 25 generation, they know a thing or two about good meat. They open and close early.

Cinnamons in Axminster does deliveries. Their website modestly proclaims: ‘If there is one name in Axminster, which is synonymous with first-rate Indian dining, it’s Cinnamons Indian Restaurant.’ Too modest: it is first rate.

Bridport market is on Wednesday and Saturday morning. Saturday is the bigger market, with bric a brac, pottery, beauty products and a whole range of food – fish, vegetables, local cheese, the excellent Spice’n’Rice curry stall, and so on. Parking can be tight in the summer, so try the St Michael trading estate or Rax Lane for spaces.

Waitrose is bang in the middle of town, at the end of West St, and the car park behind usually has spaces. Other supermarkets are Lidl, Morrisons and Co-op.

Gelateria Beppino is a cafe serving possibly the best freshly made gelati – ice cream – you will ever taste. Guiseppe makes it with creamy unpasteurised milk from a local organic Jersey herd, and aromatic ingredients. Suzanne makes the delicious pastries and they have very good coffee. It’s just beside Costa on West St.

Morrish & Banham is a wine shop and small bar under the wing of the Electric Palace cinema on South St. Quite new, and very well-stocked.

Mercato Italiano is a Bridport hot-spot, run by Ilaria, who set up this cafe-cum-deli in the Dreadnought Trading estate. She has a wide range of cheese, salame, olives and pasta imported directly from Italy.

The Pursuit of Hoppiness is a great ale house, for speciality beer.

The Anchor at Seatown

The Oyster and Fish House: Mark Hix at Lyme 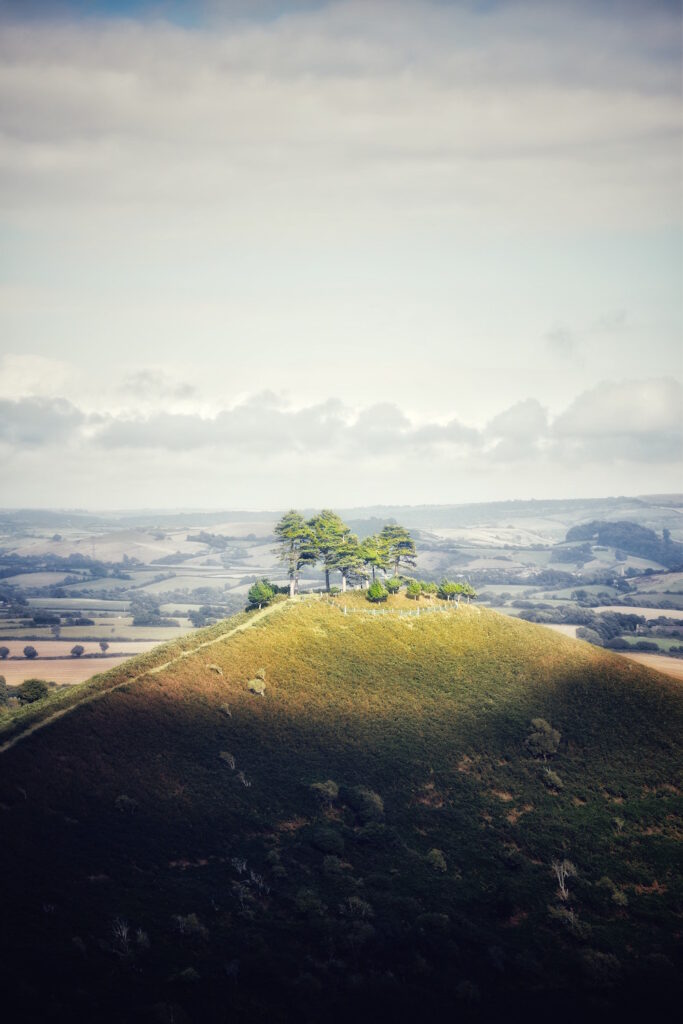 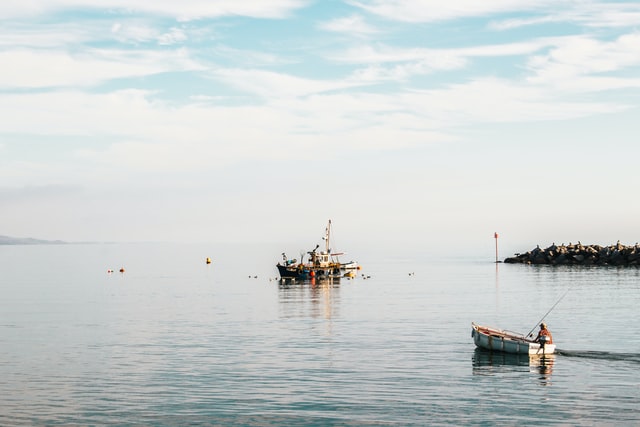 The Town Mill Bakery is perfect for brunch and breakfast goods.

The Oyster & Fish House is Mark Hix’s restaurant in Lyme, with a menu that changes twice a day to keep up with what’s come fresh in.

Tom’s is an upmarket restaurant/brasserie with a view over the bay, specialising in local produce ‘with a twist”.

Swim  is is an all-day by-the-beach brasserie – the same owners have Rise at West Bay, with a similar relaxed vibe. This one is down by the beach in Lyme Regis. Breakfasts until around 11.30am, lunch until 4 pm, and from noon til late, steaks, roasted fish, salt and pepper calamari, katsu curry, veggie dishes, battered fish and chips…

Robin Wylde is a new restaurant with a locally sourced set menu and an optional drinks pairing. Lots of little courses, beautifully done, swaggeringly presented, with an emphasis on local produce and foraging in the wild. The same team run Lilac in Lyme, a wine bar with a cheaper menu similarly focussed ‘on vegetables, seasonality, locality, reduction of waste and sustainability.’

Things to see, things to do

There’s so much to do and see, come rain or shine, summer or winter.

Consider the humbling spectacle of Chesil Beach, one of the world’s great geological sights – a 15 mile-long shingle bank formed by the action of the sea, separated from the land by a brackish lagoon. Composed of millions and millions of pebbles, graded by the sea, it was here long before mankind walked the earth. You can get onto it at Burton Bradstock (Hive Beach) and, at the other end, Portland Bill.

Don’t try walking it – it is very long and there is no shade or shelter or fresh water from one end to the other!

The dinosaurs were here first. You can pick up ammonites and belemnites on Charmouth beach, the greatest fossil beach in Europe, perhaps the world. It is barely a mile from the house. Book a guided fossil expedition and see some of the finds at the Charmouth Heritage Coast Centre right down on the beach.

In Lyme Regis, there’s the excellent Museum which has galleries on the pioneer fossil hunter Mary Anning, as well as displays about Jane Austen and John Fowles and other writers drawn to the area.  There is fascinating information about the Landslip, local geology, the Monmouth Rebellion, local history…and a cabinet of curiosities.

Slightly closer to our times, in the Bronze Age some 2500 years ago, people organised to construct the chain of hillforts that run across chalk and greensand from Maiden Castle outside Dorchester to Coney’s Castle and Lambert’s Castle above Wootton Fitzpaine. They make fabulous walks between ramparts and deep dry moats, with far reaching views and a host of wild flowers. The bluebells at Coney’s Castle are famous in spring.  It is at the top of Long Lane, which is out of the village and the first lane to the left past the church. You’ll go through Coney’s Castle to reach Lambert’s Castle about 1/4 mile further on, both with magnificent views and woods to wander.

Just a fifteen minute walk from Rushay is Tunnel Treetops, a great adventure trail on zipwires in the tree canopy. The Tunnel Tree Tops was awarded Tripadvisor’s Travellers Choice 2020 Award.

Golden Cap is reached from Chideock, on the A35, about three miles away, but also makes a glorious walk from the house. At almost 700 feet it’s the highest point on the South coast of England, and a magnificent vantage point to look along the cliffs towards Chesil Beach. Beneath Golden Cap is the “lost village” of Stanton St Gabriel, with its evocative ruined chapel.
You can also park at the top of Stonebarrow, which is signed as you leave Charmouth heading east. A short walk is suggested here.

The so-called Vintage Quarter of Bridport on the St Michael’s Trading Estate is good for browsing for antiques and collectables, and has a brilliant record shop. It is served by the Red Brick Cafe, like something out of 1970s San Francisco. Sunday is the vintage market day.

In Bridport, Smith and Smith are the outfitters who sell all kinds of traditional country clothing. T. Snook the hatter is almost next door, selling ‘a vast yet discerning collection of headwear for both ladies and gentlemen, stocking a large range of tweeds, woollens, waterproofs and hats built to cope with both British and foreign climes.’ So there.

On Saturday morning, and to a lesser extent on Wednesday, Bridport market hosts loads of stalls. On South Street is the bric a brac, antiques, junk, old records etc. The food stalls are on East St and West St. Macsorsons do very good local fish, and the Spice & Rice guy is really good – curries from Devon! On West St you’ll find good local vegetables and a delicious Italian food stall. There’s also a man who sells useful and unusual brushes, near Waitrose.

YOGA CLASS: Book a yoga class with Plillipa Scammell in Lyme – and perhaps combine it with a Winter sea swim and brunch! – at www.maitriyogawithpip.com 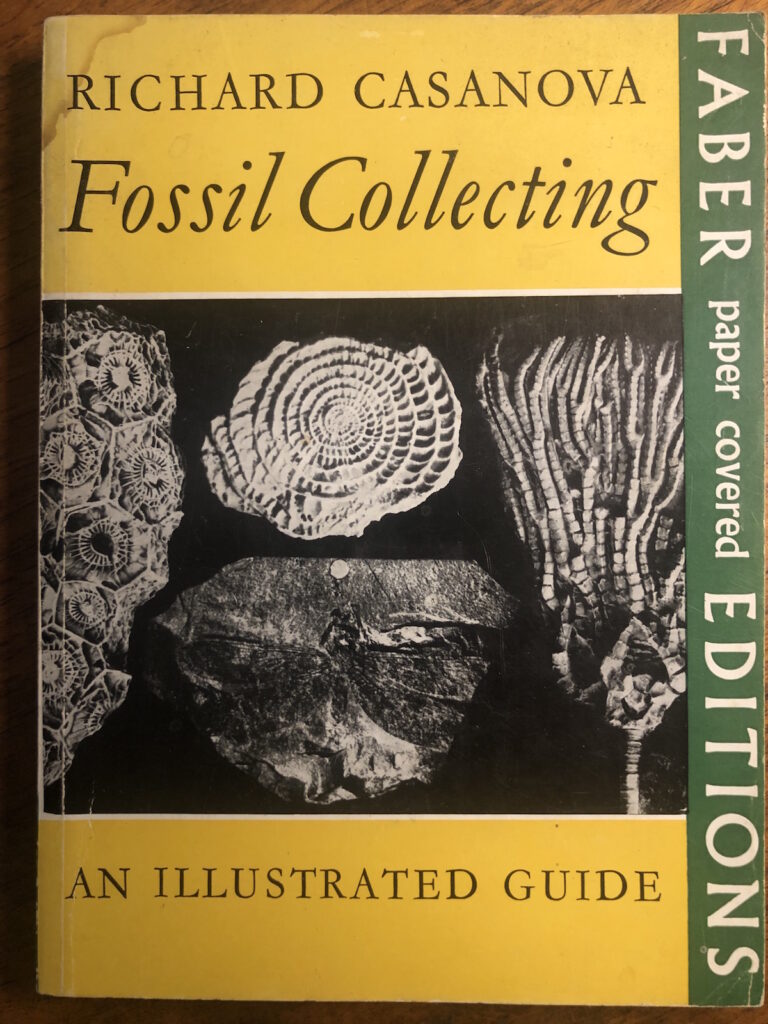 Fossils, carbon, and a greener future

Or, one way to read the message of the Jurassic Coast

Until, and unless, we reduce our consumption, we too may appear one day in a book like this. Home holidays are a responsible and practical response to humanity’s overburdening of nature. It’s good to make the most of our own islands. Renovation is better than building, re-use is better than new, and close is always better than far away.

We renovated Rushay with an emphasis on recycling, right down to electrical goods like ovens and dishwashers. We found much of what we needed on Facebook Marketplace, which allowed us to keep it local – everything came from within a twenty mile radius of the house. Quite a lot of it was actually new, still boxed, like the shower cubicle and various radiators. And we thought that the blue bathroom suite, installed some time in the 1970s, should stay just where it was. It is well made – and on trend.

Of course the furnishings and fabrics are mostly sourced locally and second hand, through markets and auctions and charity shops. The flagstones for the terrace came direct from the quarry on Portland, where they had been cut in error, and the mahogany kitchen worktops came from the science lab of a Devon agricultural college. Perhaps the worthiest object of recycling is the terrace table, with its benches, hewn from a grim old cypress tree that grew not seven yards from where the table now stands. And now the native yew that shrank in its shadow can thrive and grow.

The land runs to four acres and is managed to maximise the number of insects and invertebrates, birds and small mammals it can support. Our mowing regime gives us a dazzling display of wildflowers in spring, feeding the pollinators and the birds. This winter we will be laying the hazels currently towering above hedge bank that separates the garden from the paddock: well-grown hedges provide havens and nurseries for wildlife.

You can always do your bit by engaging with the recycling rota and buying your food locally, taking advantage of our local box scheme and our fabulous range of food shops. And for £5 you can sign up for a visitor’s card on the new app, Jurassic Feast, which puts you in touch with a huge range of local food businesses, bars, restaurants, take-aways and shops with special discounts and offers. 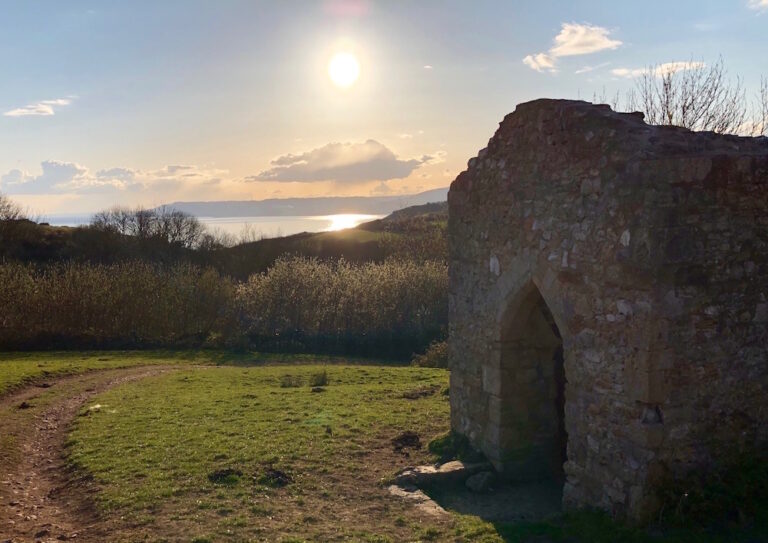 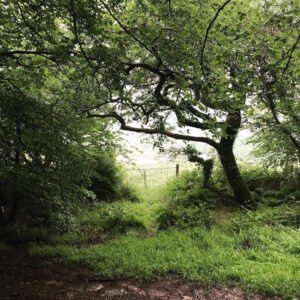 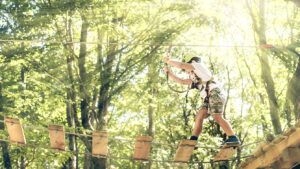 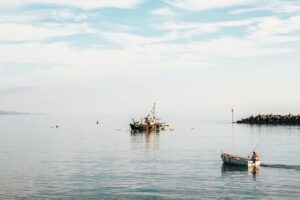 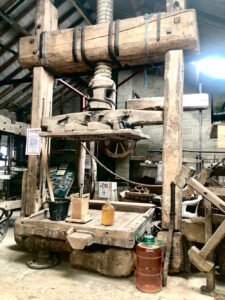 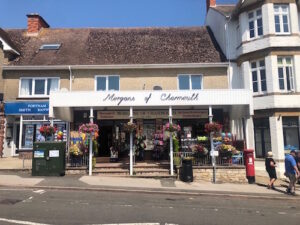 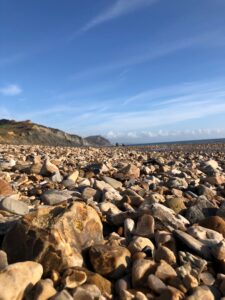